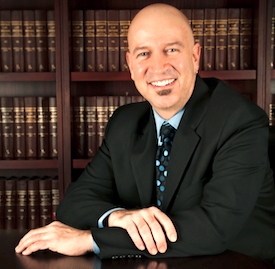 Stephen Reich has been independently running his legal research and strategy, case preparation business since 1997. He has been contracting his services to Danson Recht for many years, primarily assisting Timothy Danson in the conduct of his very active and high-profile practice.

Stephen has developed an extensive expertise in legal research, case consultation, strategic legal planning, preparation of witness examinations, and the drafting of facta (written legal briefs). He has also assisted and participated in public inquiries and Coroner’s inquests, both with respect to questioning witnesses and preparing legal submissions.

Stephen was called to the bar in 1993 and practised law as an associate prior to commencing his legal research business, primarily in the areas of civil and criminal litigation. Assisting Mr. Danson, Stephen has appeared in all levels of Court including the Supreme Court of Canada. While much of his work has focused on the ever-changing area of constitutional law, Stephen’s consulting assignments have involved nearly every aspect of the law, including criminal, tort, contract, sports arbitration, inquests, employment, administrative, and public authorities.

Stephen has also been consulted by, and is available for consulations from other lawyers of the firm on difficult and novel legal cases. In addition to his legal consulting business, Stephen is a professional actor and has performed both on film and on stage here in Toronto and across Canada.